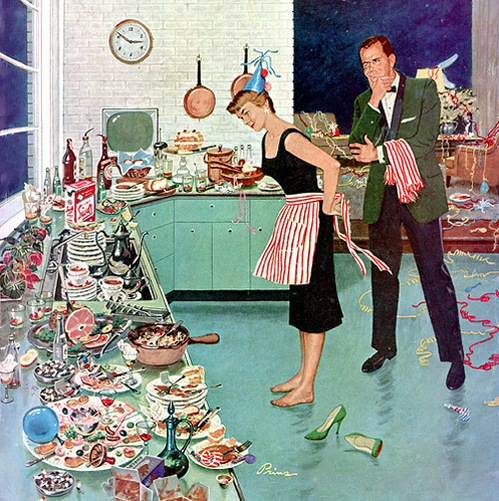 Everybody has hosted a party at home once in his life, and everybody knows how it feels to clean the next day. Don’t worry, they have the solution.

Whether it’s a simple diner with a few friends or a home-made Coachella, you won’t escape this painful and laborious chore that is next day cleaning. You wake up after a party with a headache, heading to your living room you discover the battlefield. You go to your kitchen (which is almost as clean as your living room) to prepare a nice breakfast when you see your cereals box empty, lying on the floor. It’s going to be a long morning.

Don’t worry, you are not the first and you won’t be the last to experience that. So what if somebody could clean your mess? Startups like Lendemain de Soirée in France and more recently Hangover Helpers in Australia can do it for you.

James Hookway, founder of Hangover Helpers said he had the idea after hosting himself a party.

“I was hungover in bed with my wife, our house was a mess and we had no food and wanted someone to bring us breakfast in bed and clean the house. It was a bit of a pipe dream at first but after researching the industry and seeing the strong potential in the market, we decided to put this idea into action” he said in Startup Daily (June 29, 2015)

The concept is very simple, you party at home and in the morning a team comes to clean your house or flat in about an hour. Prices vary depending on the surface or number of rooms which need to be cleaned. They also bring you a breakfast in bed. Actually, a lot of “general” cleaning services propose an after party service but they don’t have as much as flexibility compared to those startups (and they won”t cook you breakfast).